In a heavily female dominated industry there is always a need for men. This rings especially true for men in nursing. Depending on the type of nursing career, women make up as much as 90% of the workforce. Although that’s changing. In the past 4 plus decades we’ve seen the number of men in nursing careers more-than triple, however it’s still at a might paltry rate-from 2.4 percent in the 1970’s to nearly 10 percent today.

With gender equality becoming more of a reality you would imagine a profession as personally satisfying as nursing would see men flocking to the nearest nursing school. A nursing career offers job security, fair financial compensation, and long-term employment. Add to that men in nursing can expect a marginally higher paycheck and are typically promoted much faster than their female counterparts, a career as a nurse seems ideal for a man.

Something, however, is holding men back from jumping into the nursing profession. Is the stigma still so prevalent today as it was a century ago? Are nurses expected to all be women, while the men take on the role of doctor? What is causing this reluctance for the male gender to jump into such an amazing and noble profession?

Why More Men Don’t Consider A Career in Nursing

There are a few different opinions as to why more men aren’t choosing a career in nursing and they may actually surprise you. It’s a common belief among nursing professionals that men aren’t received as well by patients due to the often-intimate nature of the job.

While a male physician is valued for his medical skill and knowledge, a female presence is viewed as more acceptable when it comes to daily tasks of patient care. And it isn’t only the patients who are less than accepting of a male nurse, say, bathing them or providing wound care. Men see these tasks as a deterrent as well.

a more simplified reason there aren’t as many men in nursing as women could be because men just don’t even consider the option. Historically nursing has been “women’s work” and as archaic and outdated as that may seem the notion is still there. That won’t change until we begin to see more men in nursing.

The Case for Men in Nursing

For those men who shy away from the intimate patient care, or, perhaps don’t even give nursing a second thought as a career option, there are those men who realize the benefits of this noble career. Young men with a mind for a medical career that beings them close to patient care are slowly changing the status quo.

There are men in nursing found in every specialty area. From gynecology and obstetrics to pediatrics and geriatrics you’ll find male nurses providing care. There are, however, some specialties which seem to attract more men in nursing.

According to the U.S. Census Bureau more men are flocking to the high energy, higher earning nursing positions such as nurse anesthetist, psych nurse, trauma and emergency nurse, and flight/transport nurse. A career as a nurse anesthetist, for example, is attracting more men, largely due to the higher earning potential with an average salary of around $162,000.00 per year.  The number of men in nursing anesthesia is slightly over 40%.

5 Reasons Nursing is a Wonderful Option For Men

The Growing Demand for Nurses:  As stated earlier there are few jobs that offer security and long-term employment. Nurses are in demand and with the growth of the elder population that demand won’t be going away any time soon. Your potential for advancing in your career is very high and as healthcare changes, nurses are assuming more and more of a pivotal role in patient care.

The pay is none-too-shabby either. You can expect to earn an average salary in the neighborhood of $65,000.00 to $70,000.00. As more and more nurses are needed large healthcare facilities are offering incentives in the way of loan payback programs and signing bonuses.

Men Pioneered Nursing:  Since the early days of Rome and in many modern-day wars, men in nursing are more prevalent in the battle-field and field hospitals. In the Civil War men outnumbered women as nurses. Men in nursing carry a rich history of providing care under the toughest conditions.

Male Patients Appreciate You:  It can be difficult for men, especially older men, to appear vulnerable in front of female nurses. And let’s face it, the majority of times you come in contact with a nurse you probably aren’t at your best. Male patients will feel much more at ease in the presence of another man.

Your Choice of Specialties:  All specialties are open to men and there is a need for male nurses every one of them. Call on your talents and choose what suits you best. Enjoy the elderly? Opt for geriatrics. Familiar with sports-related injuries as a jock? Think orthopedics. There are so many choices for men in nursing.

You’ll Be Instrumental in Busting a Stereotype:  The nursing profession is in need of only one type of nurse; a good, knowledgeable, caring and quality individual regardless of gender. The stigma needs to be shattered and if you feel called to this noble profession go forward and know that you’re busting the stale stereotype for the betterment of healthcare.

A Changing World for Men in Nursing

While the stigma is still present to some degree, more and more men are seizing the opportunity to answer their call to provide compassionate patient care and earn a significant salary in a profession that’s clamoring for help. Men in nursing aren’t simply there because they “couldn’t get into medical school.”. They’re there because they feel called to the vocation. There is no gender difference when it comes to the TLC necessary to provide the kind of care required of nurses. How to Become a CNA in Georgia

Posted by Harrison CarmackJuly 29, 2022
What is a CNA? A certified nursing assistant or CNA is a healthcare professional who provides hands-on assistance to…
Read More 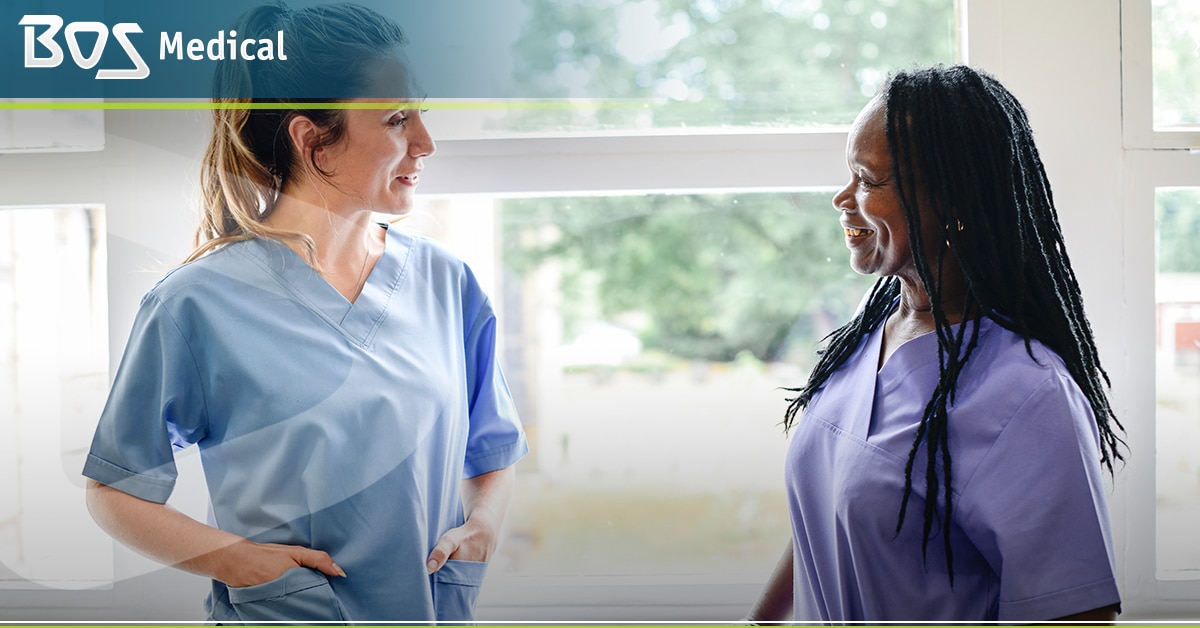 Why an Outward Mindset Is Important in Nursing

Posted by Daniel SmallsJuly 27, 2022
An outward mindset can make a world of difference in nursing. To understand why, let’s answer some of the biggest…
Read More Understanding Why Patients Would Refuse Treatment

Posted by Daniel SmallsJuly 22, 2022
You want a healthcare patient to receive the best-possible care. However, there can be times when patients refuse treatment. In…
Read More How to Become a CNA in Georgia

What is a CNA? A certified nursing assistant or CNA is a healthcare professional who provides hands-on assistance to patients in the activities of Why an Outward Mindset Is Important in Nursing

An outward mindset can make a world of difference in nursing. To understand why, let’s answer some of the biggest questions surrounding this type of Understanding Why Patients Would Refuse Treatment

You want a healthcare patient to receive the best-possible care. However, there can be times when patients refuse treatment. In these instances, it helps to